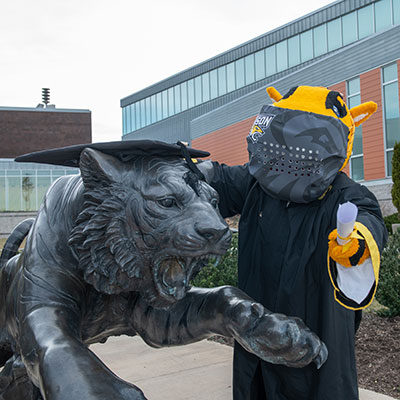 Relive highlights of TU’s historic Spring Commencement, including videos of the ceremonies and more.

Commencement ceremonies occur at the end of the spring and fall terms and degree candidates are invited to participate in the college ceremony in which their degree program falls.

Commencement is a traditional university ceremony celebrating the accomplishments of our degree candidates. Academic degrees date from the second half of the 12th century. The present ceremony recognizing scholarly achievement retains all the essential features of its ancient predecessors.

Towson University awards academic degrees at the bachelor’s, master and doctoral levels. The university also awards post-baccalaureate certificates and certificates of advanced study. Degrees are symbolically conferred during Commencement, and candidates completing all degree requirements successfully receive their diplomas four to six weeks after the ceremony.

Office of the Provost