Beginning in August of 2013 and renewed each year since, Baltimore Gas and Electric (BGE) generously provided funds for the removal of the invasive plants that proliferate in the Glen Arboretum. Paid Towson University students conduct this work. These students removed English ivy, Japanese honeysuckle, oriental bittersweet, wineberry, multiflora rose and other invasive plants. Towson University then contributed matching funds to continue the work.

In addition to their work, these students organized volunteer workdays in which each year over 200 members of the general student population, including sports clubs, sororities, and other groups, also worked on restoring the Glen. Their work involves removal of invasive plants, clearing trails and debris and planting trees, shrubs and herbs. Each spring brings a contest between student groups to collect the greatest quantity of garlic mustard, an invasive plant. The winning groups receive a cash award to their Student Government Accounts.

Beginning in 2014 and each subsequent fall, a herd of goats reduced non-native invasive plant cover in the arboretum. The goats browsed a one-quarter to half-acre area each year.  The event was very popular amongst students and received media attention from television stations, newspapers and radio stations.

The Glen Arboretum’s 10 Most Wanted Trees

There are 10 trees on the Glen Arboretum's "most wanted" list that would help to complete the collection. The list is also available in print format: Glen Arboretum’s 10 Most Wanted Trees (PDF). Please contact James Hull at jhull AT_TOWSON if you see one of these trees. Each of the links below takes you to a database of plants on the site of the Natural Resources Conservation Service. 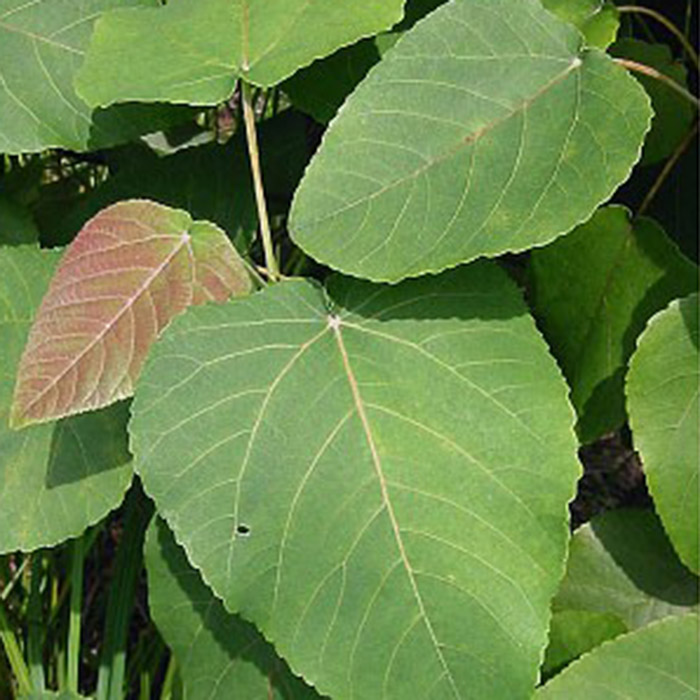 Swamp Cottonwood (Populus heterophlla) — Uncommon in the swamps and bottom lands in the eastern shore of the state. This species is difficult to grow and generally is not available commercially. 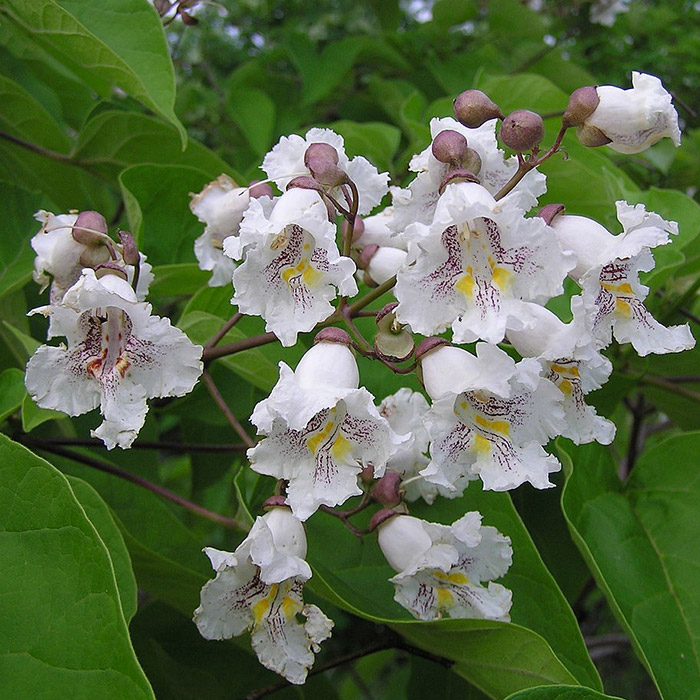 Southern Catalpa (Catalpa bignonioides) — Uncommon below the fall line and easily confused with its close relative the Northern Catalpa. It has showy flowers in the spring. (Image source: By Le.Loup.Gris., own work, CC BY-SA 3.0.) 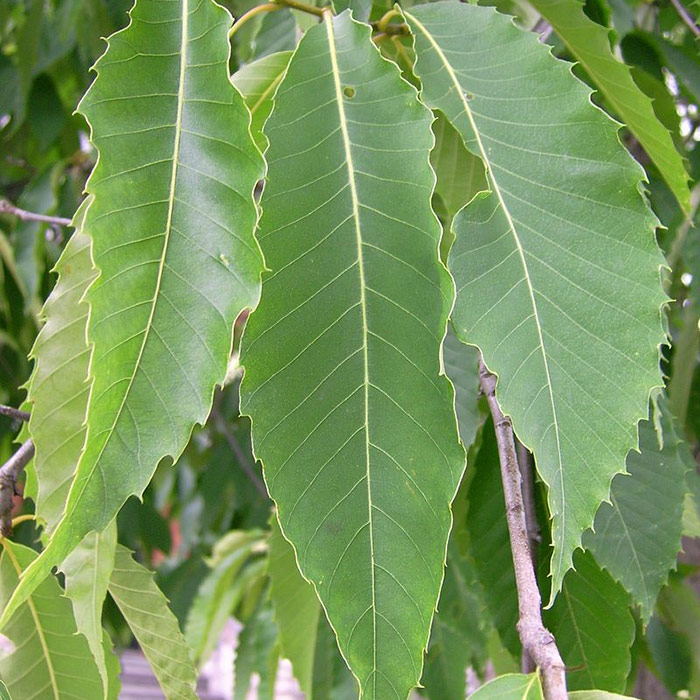 American Chestnut (Castanea dentata) — Once abundant throughout the state, the chestnut blight has killed virtually all of the trees. A hybrid cross that is 99% American chestnut is now available. (Image source: Fungus Guy, own work, CC BY-SA 3.0.) 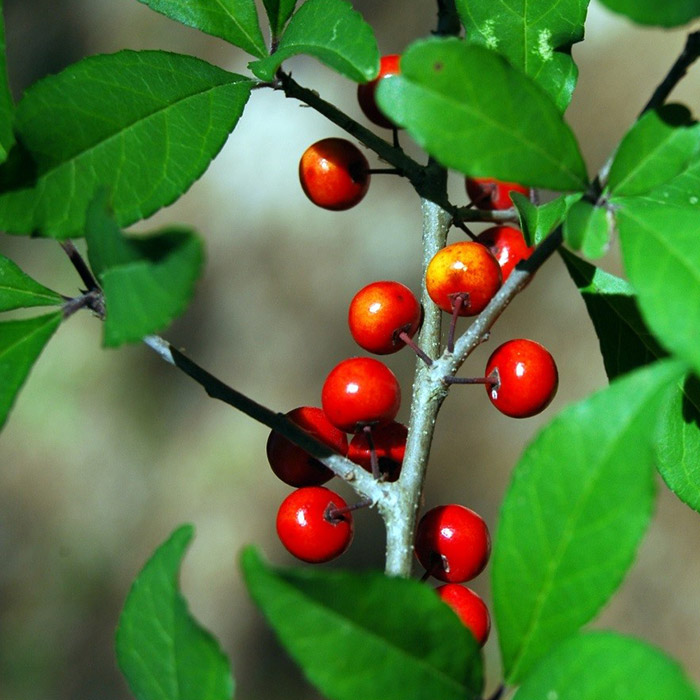 Possum Haw (Ilex decidua) — A small tree or shrub found in Southern Maryland. Related to American holly, it is deciduous and retains its bright red berries through the winter. Its male and female flowers are on different plants. (Image source: Jeremy Stovall.) 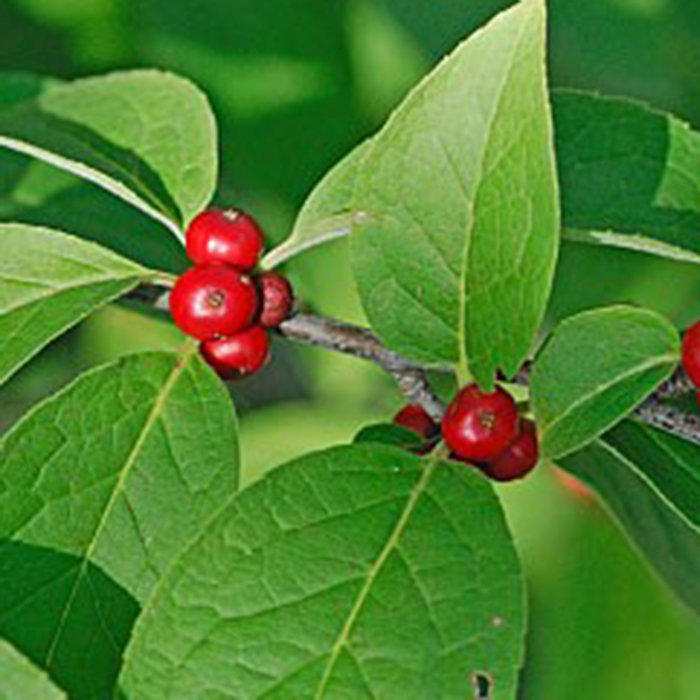 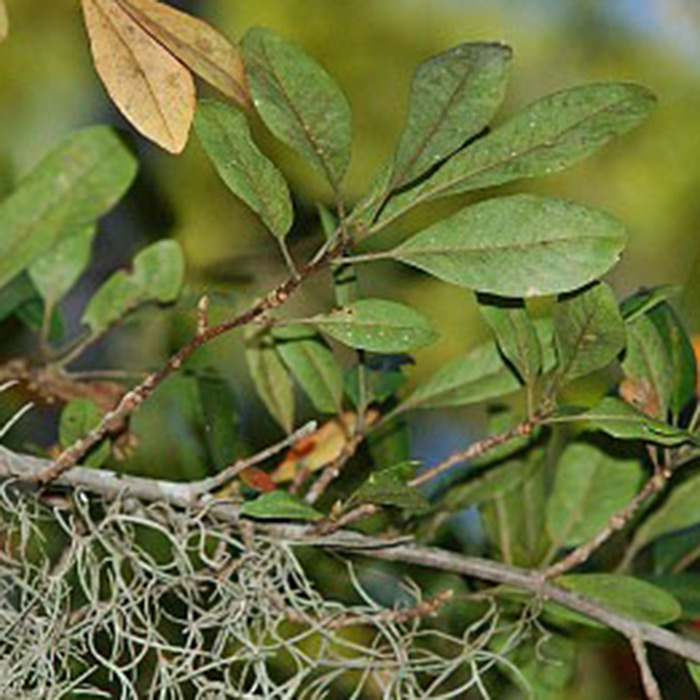 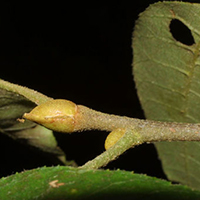 Sand hickory (Carya pallida) — Found only on the coastal plain, this rare species inhabits sandy soils and may no longer exist in Maryland. 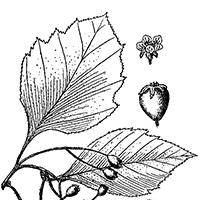 Pear hawthorn (Crataegus calpodendron) — A small tree or shrub found in Garrett County of Maryland, but widespread throughout the Eastern United States. 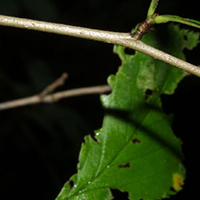 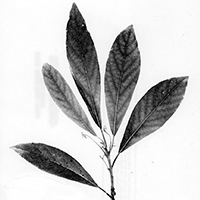 Silk bay (Persea palustris) — This close relative of the avocado tree is found in the swamps of Maryland on the extreme Eastern Shore. It has leathery, evergreen leaves.

Copper is a common and useful building material. Copper run-off from homes, businesses and public buildings, however, may be affecting our aquatic systems. This led to the copper roof research project funded by the Copper Development Association and International Copper Association and conducted under the direction of Ryan Casey and David Ownby (Department of Chemistry) and Steven Lev (Department of Physics, Astronomy and Geosciences).

In the Glen Arboretum the researchers have constructed a copper-roofed shelter to examine the chemistry of the runoff and evaluate the remediation of that runoff through rain gardens.
The rain gardens removed 84-99 percent of the copper in the storm water. This suggests that these strategies could be successfully implemented at other sites with copper roofing installations. Once the research project is completed the shelter will be included in the facilities for use in the Glen Arboretum.

Under the direction of John Lapolla (Department of Biological Sciences), undergraduate student Cheyenne Owens conducted a research project on the diversity of bees within the Glen Arboretum. She identified well over one thousand bees and established 19 new county records for species previously undocumented in Baltimore County.

Photosynthesis during the change from low to high light for spring and summer herbs was studied by Jim Hull (Department of Biological Sciences) in the Glen Arboretum. He found distinct differences among plants of the different growth periods. In general the stomata open more rapidly and maximum photosynthetic rates are attained more quickly in the shaded summer plants than in the exposed spring plants.

A student-led project under the direction of Dr. Colleen Winters installed a bat box near the Glen Towers bridge to attract bats in the summer. Once inhabited, the bats can significantly reduce mosquito populations.