A Call to Knowledge

Every spring the CoLab will put out a call to faculty, students and staff to present a project under the three-year theme. These calls are designed to work in tandem with the overall theme and research at the CoLab–and to bring in new ideas and alternative modes of thought.

As scientists begin to piece together humanity’s origin story via DNA/fossils, and old ideas of creation and race are proven false—how do we, as culture and meaning makers play a role in the migration of thought? As economic apartheid, environmental justice, critical race issues, sexuality and gender rights come to light—how do we as appreciators, professors, practitioners and students make our work and ideas accessible as possible, giving a lens to the other in all of us?

This first term will focus on the idea that there is value in seeking out new perspectives and alternative modes to inform art, science and society. CoLab’s interdisciplinary practice takes risks and shares our mistakes. These findings will inform evolving practices and research. The first year will focus on COFAC collaborations, the next year will focus on consortiums across colleges and the third year will open up to incubating ideas around the world. 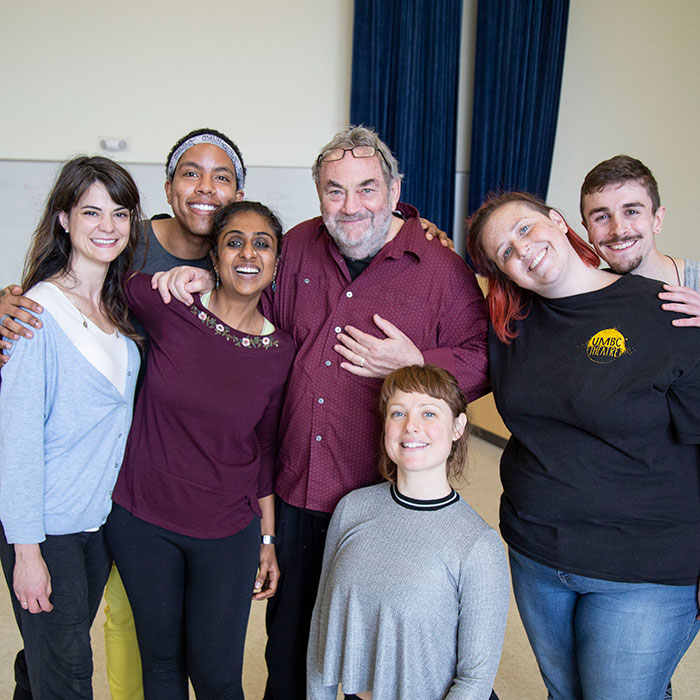 Malcolm Purkey: The Role of Art in Uprisings

Malcolm Purkey is an actor, director, playwright, screen writer, lecturer, artistic director and currently the Dean of AFDA, The South African School of Motion Picture Medium and Live Performance. Purkey grew up a white male during Apartheid. He worked in spaces where it was illegal to build work across color—black, white and colored. 50 years later, here in the U.S., we mirror this same landscape and history, using different words, like segregation, or urban blight to describe it. In his public lecture, The Role of Art in Uprisings, Purkey led us through the history of Apartheid and the role Art played in it. As CoLab's first fellow in residence, this fall Purkey will co-produce Icarus at the Border, a meditation on monstrous appetites with Tavia LaFollette from the Department of Theater Arts.

Juliana Huxtable explores the intersections of race, gender, queerness, and identity. She uses a diverse set of means to engage these issues, including self-portraiture, text-based prints, performance, nightlife, music, writing, and social media. Lecture and workshop hosted by the Department of Communication Studies, CoLab, and the Department of Theatre Arts. Kevin O'Connor grew up dancing in a community in Ontario, Canada where he is part of a small collective of settler Canadian and Indigenous artists. His art practice sits at the intersection of anthropology, ecology, embodying/touch practices, post-colonial studies, and site-specific performance. O'Connor held a workshop open to TU and Baltimore community, hosted by the Department of Theatre Arts. Yuko Kaseki, Butoh dancer, choreographer and teacher is based in Berlin. Kaseki co-directed MASS/RABBLE, produced by Submersive Productions. TU faculty, staff, and students served as a test audience as well as performers for this  immersive production inside of the Baltimore War Memorial. Hosted by the Department of Theatre Arts and, the TU community was also able to attend Kaseki's master-class on campus. 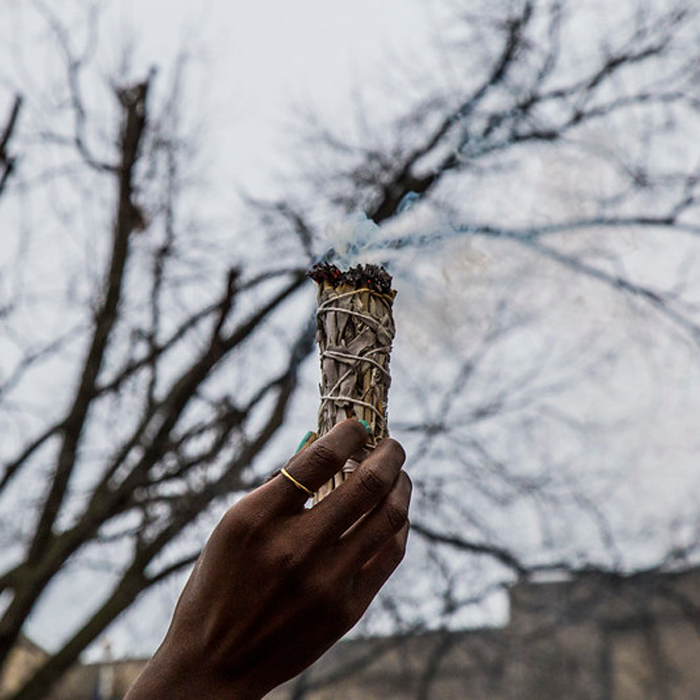 Co-curated by Tavia La Follette and Katie Simmons-Barth, the Occupy Now exhibition provided the opportunity for the COFAC CoLab to move its work downtown and reach a wider audience as a hub for disciplinary work that builds new knowledge for an ever-evolving world. Occupy Now included works by art history lecturer Ada Pinkston, theatre arts assistant professor Mukwae Wabei Siyolwe and theatre arts academic program coordinator Katie Simmons-Barth with sound by music assistant professor Diana Saez. The exhibition also includes Black Lives Matter and voting posters created by graphic design students as well as The End is Near: The Nation’s Cartoonists Look at the 2020 Election, a project from the COFAC CoLab curated by Gary Huck and featuring work by more than 30 artists. Read more in TU News. 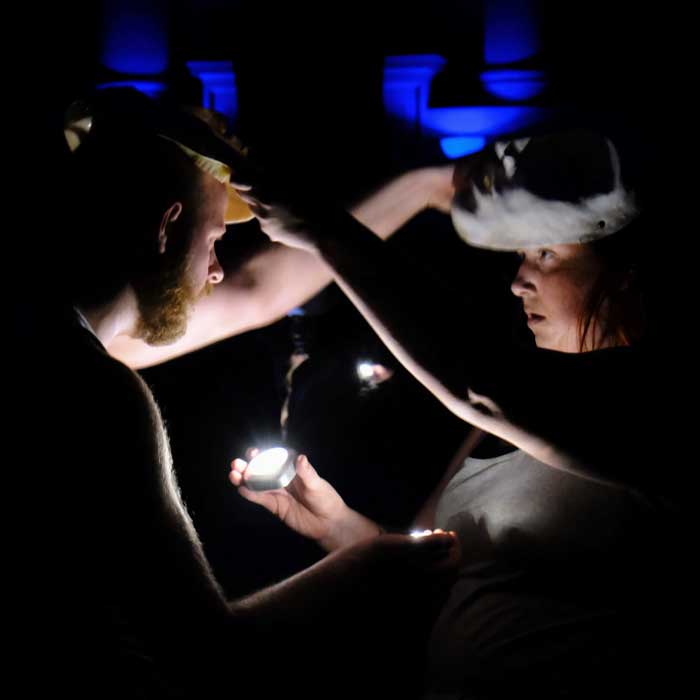 As our bodies move, we tell a story. Where we have been, where we are going, what we hold on to, what we let go of. When bodies move in masses, they tell a larger story. Hope, fear, war, famine, the search for a better life. What does it mean to be just one body moving in humanity’s great crowd? This movement piece engaged the audience to join the diverse ensemble of thirty movers to explore themes of mass migration and the borders and boundaries that separate us. 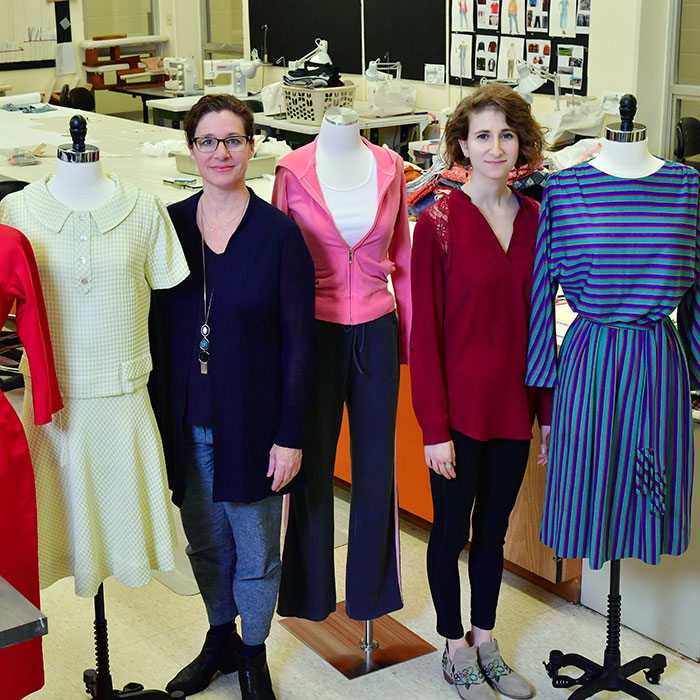 What were you wearing?

What Were You Wearing? Weaving a New Narrative aims to dismantle the toxic ideology behind the question asked to so many sexual assault survivors- "did what you wear cause your attack?" As a platform to allow survivors to reclaim their bodies and stories, this exhibit consists of first-hand survivor accounts detailing what they were wearing when assaulted to debunk the theory that the two are correlated, or that a survivor should have any blame in the matter. This exhibit will act as a springboard to illuminate the severe problem of sexual assault across college campuses. 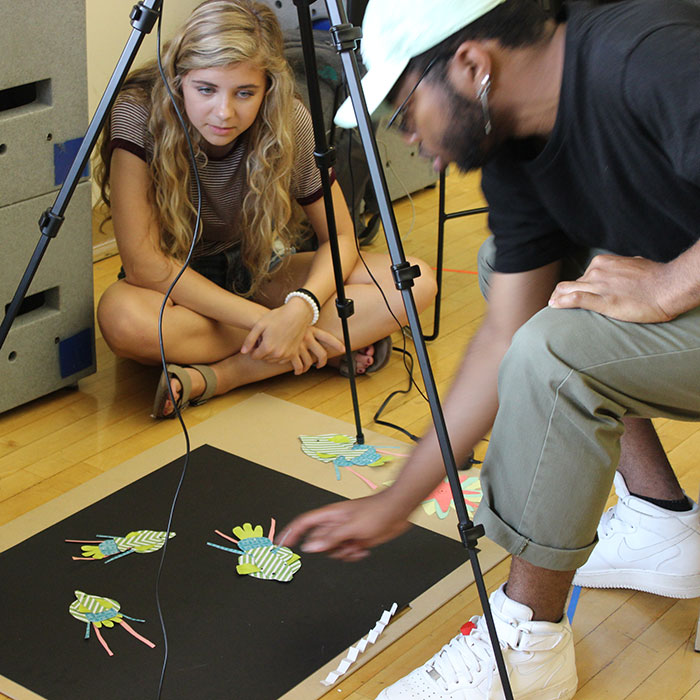 Aqua Dome was just accepted at the Macon Film Festival (July 2019) – one of the only film festivals with a specific fulldome category! Aqua Dome is a collaborative animated dome-film and artwork. Working with over 150 collaborators across disciplines and age groups, Aqua Dome combines mixed-media stop motion animation and animated kaleidoscopic collage video projection with an immersive soundscape in four movements. Aqua Dome was conceived of and directed by Lynn Tomlinson (EMF), Zoe Friedman (Art Department) and Elsa Lankford (EMF). It is edited by Kat Navarro (Baltimore School for the Arts). The first public screening will be projected in the Watson King Planetarium, kindly facilitated by Professor Alex Storrs in Astronomy. Multi-disciplinary in nature, Aqua Dome was selected for the first CoLab project grant. 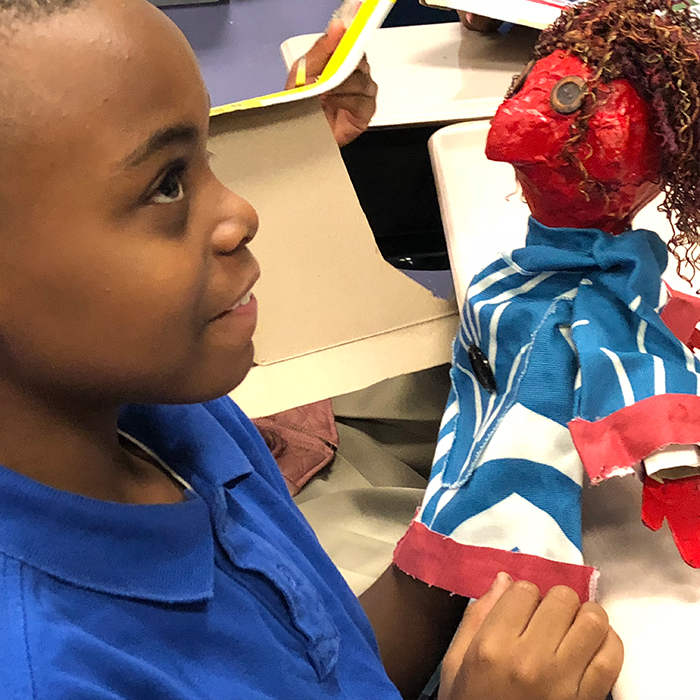 Every superhero rises out of the ashes of some sort of tragedy. TU students and 3rd graders from Dr. Bernard Harris Elementary School created superheroes to address the needs in the community. Superhero puppets were on display in the Center for the Arts 3rd floor, April 30-May 19, 2018. 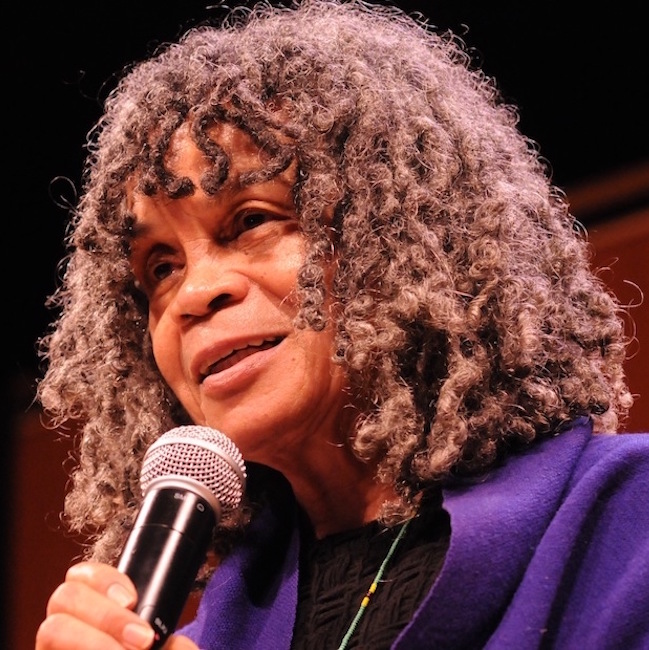 The symposium and workshop convened scholars, activists, students, professionals and community members to discuss the current state of research on black girls’ and women’s health and highlight action-based approaches to holistically address their health. 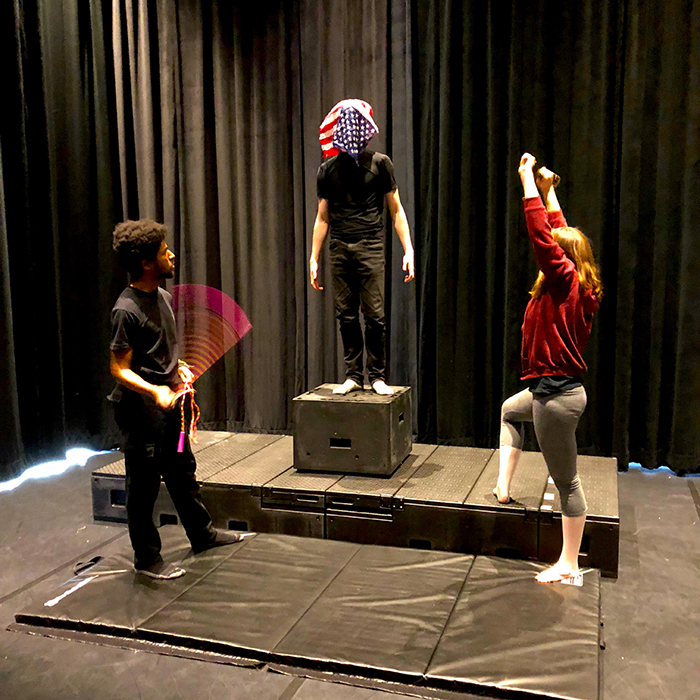 Ancient Instincts is a movement and sound experiment made possible by the Ruby Grant and CoLab. Performance has the capacity to take shared moments and convert them into a liminal passageway in which communities  share a common catharsis. In this project, we are trying to accomplish the opposite. At the end of the performance, having just gone through the very same experience, the aim is to have the audience decipher different conclusions, sharing contrasting cognitive responses. By isolating the auditory experience through individual headphones, we designed four different auditory systems in which to perceive the one visual experience. A system of four soundscapes are in tandem with the images and movements, creating Ancient Instincts.

The COFAC CoLab is an incubator for ideas, projects and collaboration. The application period for 2019-20 is now closed.