By Kyle Hobstetter, Rebecca Kirkman and Cody Boteler on May 19, 2020

Get to know the talented and driven students earning degrees this spring.

Towson University is a diverse and inclusive community of high-achieving and ambitious people. Our biannual Commencement ceremonies are one way we highlight the incredible achievements of the members of this community who are graduating.

The in-person Commencement slated for this week was postponed due to the COVID-19 pandemic and will be rescheduled when it is safe to gather on campus again. TU has been hosting Celebration of Graduates Week, which honors spring 2020 graduates and their amazing accomplishments with a series of events.

Students earning degrees would have participated in commencement ceremonies May 20-21. Today, TU is highlighting some of these students who have changed TU's campus with their talents and are now ready to do the same in the world. 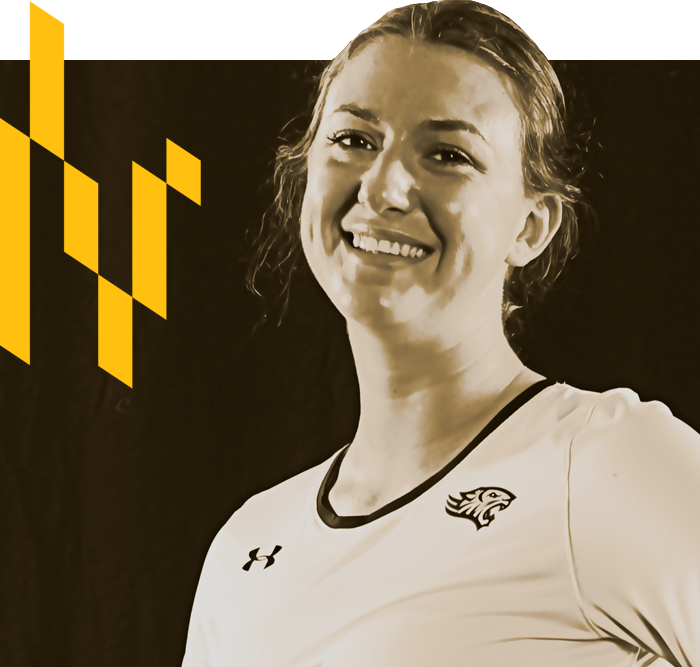 College of Business and Economics

Silvia Grassini says she feels lucky to have formed personal relationships with almost every professor she’s had at Towson University.

More than that, though, the Padua, Italy, native is grateful for her women’s volleyball teammates. Bonding with them helped her open up.

“With my teammates, I had a certainty that I would always have someone to support me and to be my friend,” she says. “That helped me get out of my shell. I felt like I was at home.”

Winning the Colonial Athletic Association championship in 2019 was a highlight for the international business major, who also spent time on campus mentoring younger students, completing internships and working in the Study Abroad Office.

“Towson University prepares its students. It’s not when we’re done with the last class we’re prepared and before that we’re not,” she says. “It’s a process.”

Her final term at TU has been a strange one: The novel coronavirus forced the university to shift to online learning, and her home country was hard hit by the disease. But the unusual circumstances reaffirmed how connected Grassini feels to her fellow Tigers.

“Multiple people emailed me or called me, telling me that they were thinking about me and that I was in their prayers because of what was happening in Italy,” she says. “Knowing that I was on people’s minds or in their hearts, it meant a lot to me, that they cared about me not just as a student but as a person.” 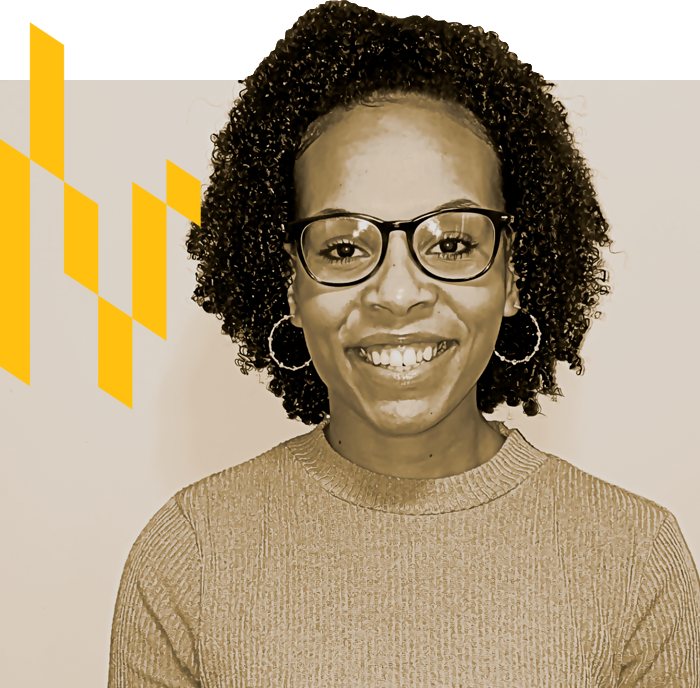 When considering what she loves most about her professional life so far, Jasmine Korr realized she’s passionate about working with people.

“I noticed that in all the roles I’ve had, I like being an advocate for others the best,” says Korr ’17, who graduated from TU with a bachelor’s degree in family and human services, was on the track and field team, and currently works in the Career Center. “I really enjoy training and development and hiring, which I do a lot of in my role right now.”

So Korr re-enrolled in TU in fall 2018, using tuition remission benefits to earn her master’s in human resource development.

While working full time as a graduate student wasn’t easy, Korr was cheered on by her Career Center colleagues, especially her supervisor Lorie Logan-Bennett. “Everyone at Towson values higher education and pursuing a degree, so I had a lot of support.”

Engaging classroom discussions and close relationships with faculty were highlights of the program, she adds. “The faculty is really invested in the students.” 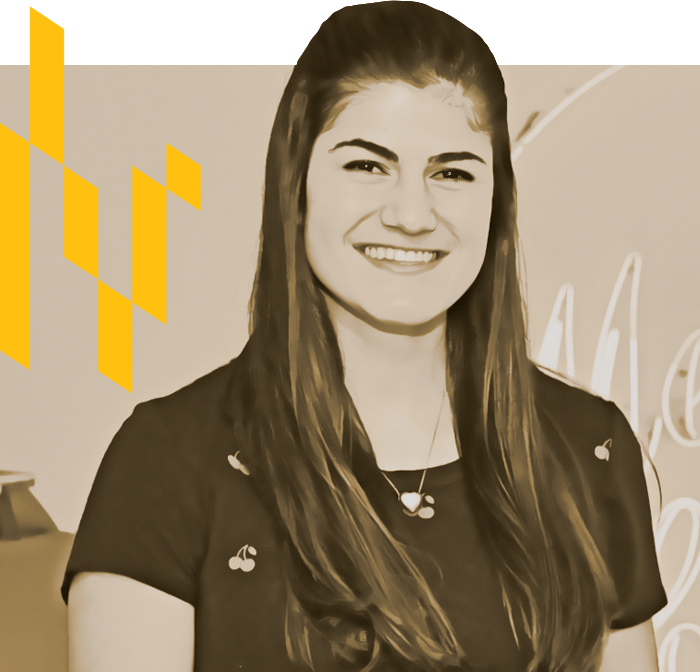 Maria Olney spent last summer in Los Angeles as an intern at Amblin Partners, the Steven Spielberg-led production company. The aspiring filmmaker landed the gig with connections made through Towson University’s Department of Electronic Media & Film.

“I felt like I learned something new every day,” Olney says.

That was just one of the many highlights of her TU experience.

Others include working closely with Lynn Tomlinson, her visual effects professor and directed studies mentor, as well as learning to build out high-end camera equipment with Travis Holden and Mark Burchick while working in The Cage, the Media Center’s equipment lab.

Olney believes moments like these have prepared her for a job in the film industry.

“I think the professors and staff that we have in the program are the best in Maryland,” Olney says. “There’s a lot of opportunity if you look for it, and I’m thankful for professors who are so invested in helping students and making it a worthwhile experience.” 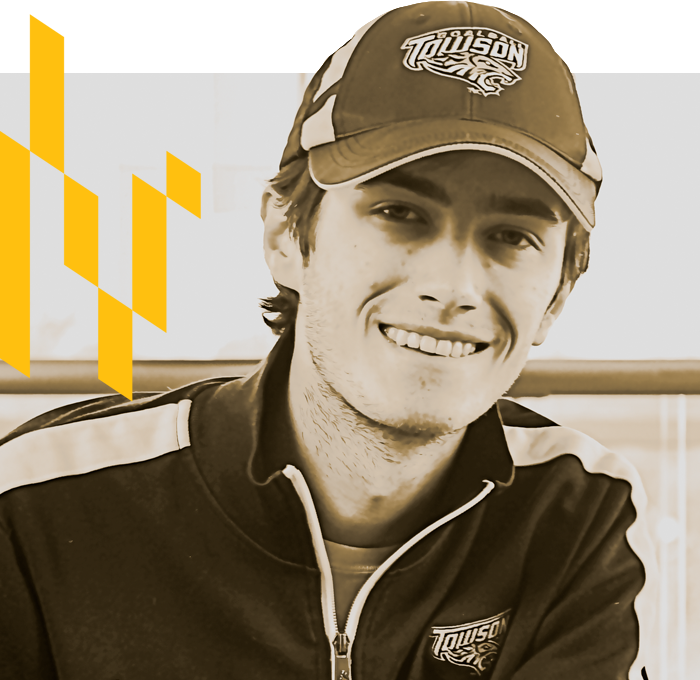 In the summer between sixth and seventh grades, Tim Utzig was diagnosed with Leber’s Hereditary Optic Neuropathy (LHON), a progressive condition that causes vision loss.

Now a graduating senior at Towson University majoring in mass communication and political science, the Arbutus, Maryland, native hasn’t let his condition slow him — or his service dog Alisa — down.

“It’s important to build confidence in yourself,” Utzig says. “Being able to self-advocate is the most important thing you can do. Find something you’re passionate about and really work on that, and yourself, while you’re at college.”

This past fall, Utzig was named Student of the Year by the Baltimore County Commission on Disabilities for being an “exceptional role model not only for students with disabilities but for all students.”

During his time at TU, Utzig helped form the university’s goalball club team, a popular sport among blind athletes. Then last summer, Utzig interned with Analytic Services, Inc., (ANSER) a nonprofit corporation in Aberdeen, Maryland, that advises the government in several mission areas.

He impressed his bosses so much, they not only extended his internship to the fall but also inquired about him coming aboard full time when he graduates. 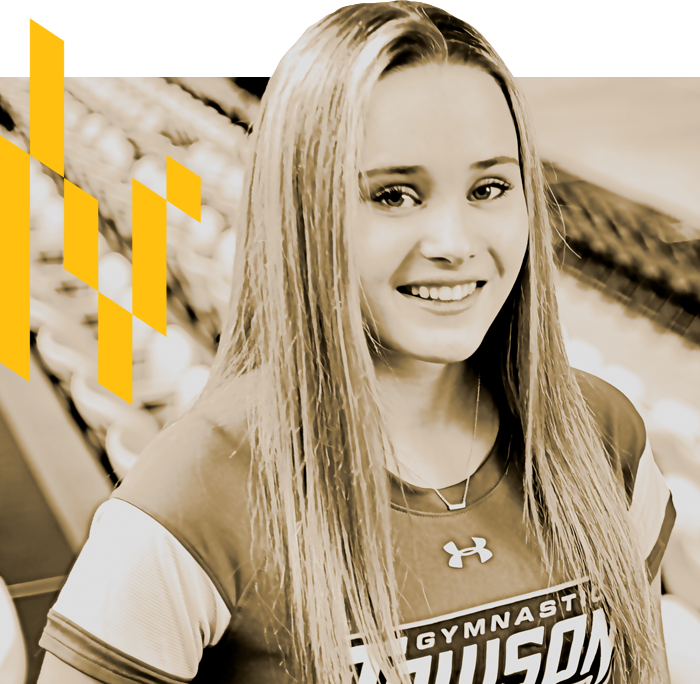 Olivia Lubarsky has done a lot during her four years at Towson University.

The Los Angeles native was on the gymnastics team, served as president of the Student-Athlete Advisory Committee and, last summer, worked in Annapolis as part of the Governor’s Summer Internship Program.

But what might be her most impressive achievement was creating the Own Your Roar initiative, a mental health awareness campaign focused on issues that affect student-athletes.

Through the initiative, she became a member of Mental Health America’s Collegiate Mental Health Innovation Council, and in February, she was a featured speaker at TEDxSanLuisObispo.

Her time at TU has included plenty of ups and downs. But thanks to her passion and her on-campus support system, she can’t imagine a better experience.

“All my professors, the athletic administration and my fellow student-athletes are so passionate and driven,” Lubarsky says. “I would not have gotten any of this done without them. My heart will always belong to Towson.” 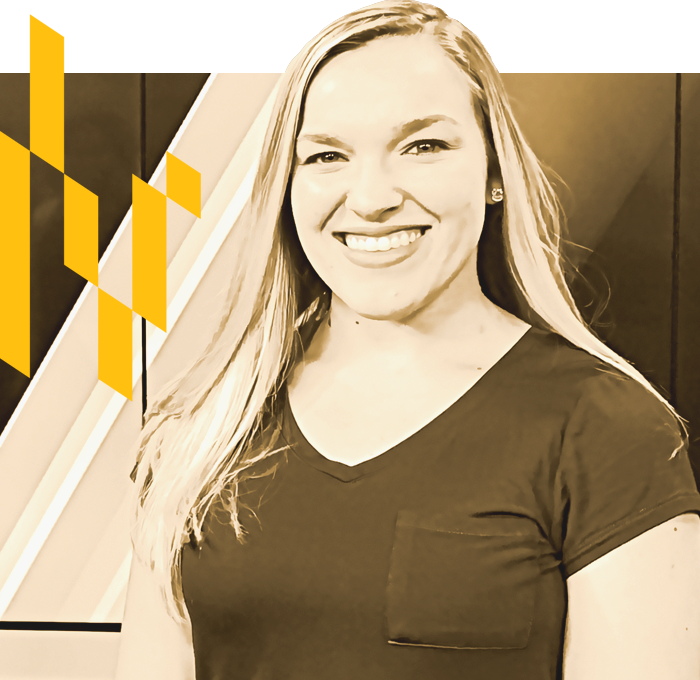 Since the fifth grade, Natalie Bland knew she wanted to work in journalism.

As an elementary school student, she joined the school’s TV Crew and helped produce the news broadcasts. That exposure shaped her education, even until her senior year at Towson University.

Last summer, Bland worked as an intern at WBAL, Baltimore’s NBC affiliate. She rotated between all facets of broadcast news—reporting, producing, sales and creative services.

But after the 11-week program, Bland wasn’t finished with WBAL. The station offered Bland a part-time job as an assignment editor, and, when she graduates this spring, she will bump up to a full-time associate producer.

“I’ve always known that I wanted to work at WBAL,” Bland says. “Now, knowing that I get to work with these people every day and have the opportunity to learn from them every day…When they offered me the job, I was just speechless.” 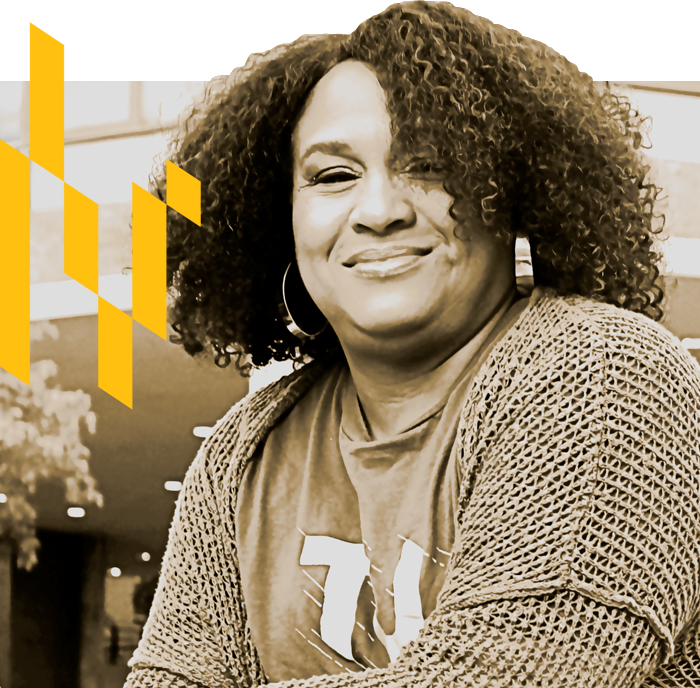 At the age of 18, she started as an engineering major at UMBC. That first college stop ended when she left for a job at Verizon, where she has worked for the past 30 years. Although she enrolled in community college a couple times since then, she was more focused on getting her three children to college.

But after watching her daughter Kalin graduate from Towson University in 2017, Dodson was inspired. She was also given a little push from Kalin.

In 2018 she started back to school, this time at TU as a communication studies major. After what seemed like forever — she was taking one class a term while still working full time — she will officially be a college graduate at 58.

“My journey at Towson has been really great,” Dodson says. “The communications studies faculty has been amazing, and even my fellow students have been so helpful. If I had trouble understanding something, they wouldn’t hesitate to help me.”

As she graduates, she has even found a potential new career: college advising. After helping her children pick classes and interning as a communication studies adviser, she’s hoping her next step is helping more students find their paths.