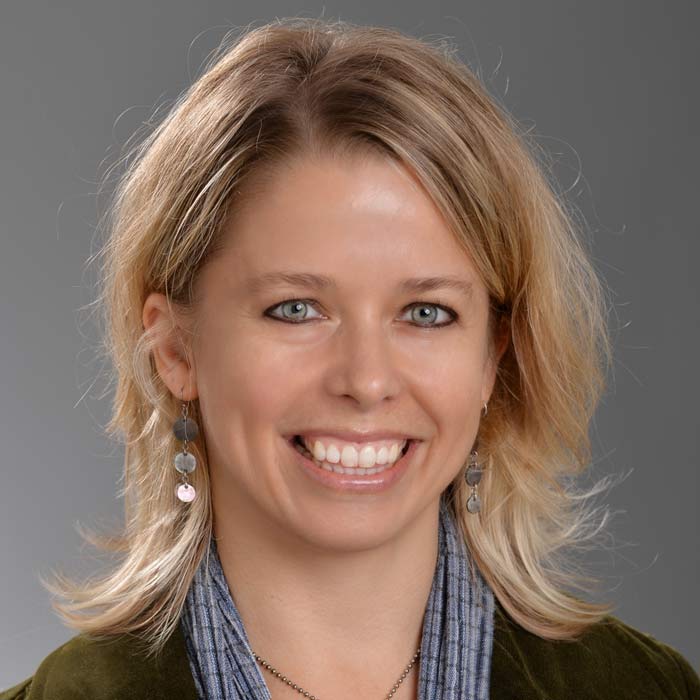 Kate Collins joined Towson University and became Program Director for the new Master of Arts in Interdisciplinary Arts Infusion (MAIAI program) in August 2014. Prior to this position, Kate was at Ohio State University completing her doctorate in Arts Administration, Education and Policy. Her action-research dissertation focused on socially engaged arts and cultivating the civic imagination of student and youth artists.

Prior to pursuing her PhD, Dr. Collins was already an accomplished arts educator, solo performer and community-engaged artist who has directed numerous community arts efforts in Phoenix, AZ and Seattle, WA as well as Toledo and Columbus, OH. She has extensive experience working in the education departments of professional theatres across the U.S. including the George Street Playhouse, Theatre for a New Audience, People’s Light and Theatre Company, and the Oregon Shakespeare Festival. In 2005 Collins also served as the Director of Education and Community Programs at the Intiman Theatre in Seattle. The common thread in Kate’s work with all of these reputable theatre companies is the design, leadership, and/or facilitation of extensive school partnerships offering innovative arts enrichment and integration programming.

In 2006, Collins became full-time faculty in Theatre and Film at Bowling Green State University where she developed several new courses focused on the intersection of arts and community engagement involving partnerships with local high schools. Prior to that Dr. Collins was a faculty associate at Arizona State University, as well as a program coordinator for the innovative ASU Arts, Media, and Engineering program where she became a capable administrator. During that time, Kate assisted in launching nine new interdisciplinary arts and engineering graduate degree programs as well as coordinating multi-year collaborations with world-class artists such as Bill T. Jones and the Trisha Brown Dance Company.

Dr. Collins originally hails from Poughkeepsie, NY and is happy to now call Baltimore home. In addition to her doctorate, Kate has a BFA in Acting from SUNY College at Fredonia and an MFA in Theatre for Youth from Arizona State. A seasoned artist and educator, Collins is also an accomplished researcher who publishes regularly in journals such as: Public: A Journal of Imagining America, RIDE: Journal of Applied Theatre and Performance, and Diversity and Democracy, a publication of the AAC&U.